Walking in New York: The Fire of September

The month of September brings memories of younger days, born lightly on the returning cool breezes from the north. You may know the long-playing musical The Fantasticks by Tom Jones and Harvey Schmidt. The musical premiered at the Sullivan Street Playhouse (181 Sullivan Street, closed 2002) in Greenwich Village on May 3, 1960, and the signature song of the timeless, romantic story is "Try to Remember," a popular tune that invokes the month of September. The small-scale nature of the musical, along with its universal plot, adapted itself easily to regional theaters across the country and world.

If you still cling to the Off-Broadway cast album, like I have for many years, you may still associate "Try to Remember" with its singer - Bronx-born Jerry Orbach (1935-2004). This was long before we knew him as NYPD Detective Brisco of the Law & Order television series. Orbach had a beautiful mellow quality to his voice, telling us in this song that experience ends our innocence - the fire of September  - but gives our hearts a necessary depth. He played the musical's narrator, El Gallo, and it was Orbach's first big hit in a distinguished career in show business.

A revival of The Fantastiks is currently playing in The Jerry Orbach Theater of The Snapple Theater Center, 210 West 50th St. For more information, visit the website www.fantasticksonbroadway.com

September 13-23, 2012
www.sangennaro.org
While famous for its abundant opportunities to overindulge in food and drink, Little Italy's Feast of San Gennaro is at heart a religious festival, a celebration of the Patron Saint of Naples. On September 19, 1926, immigrants from Naples who lived along Mulberry Street decided to maintain their homeland tradition of honoring San Gennaro on his saint's day. Over the years, the feast has expanded in duration from one day to several days with multiple events and, of course, many chances for feasting. (Read more) 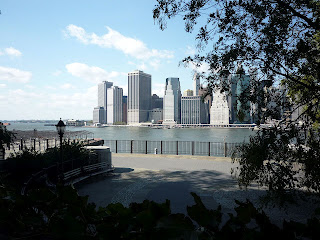 For the writers and artists that later took up residence in Brooklyn Heights, the appeal of the view of the Brooklyn Bridge or the lights of the skyscraper city became more figurative in nature, a symbol for gaining a new perspective on the city and its meanings. The Heights afforded Hart Crane's view of the bridge, as well as Arthur Miller's, and homes in the Heights brought new perspectives on city life for W. H. Auden, Carson McCullers, and Thomas Wolfe. For Norman Mailer, a home on Columbia Heights and his favorite writing spot in the attic afforded both literal and literary views of Manhattan and Brooklyn. (Read more) 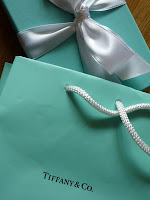 Truman Capote's novella Breakfast at Tiffany's begins during the early fall. The narrator tells us that on a rainy Tuesday he took a taxi to Joe Bell's bar, the place where he heard intriguing intelligence about Holly Golightly's current whereabouts. The novel's final dramatic sequence, with a runaway horse and Holly playing Calamity Jane, takes place on September 30, the narrator's birthday (as well as Capote's). The novel unfolds over a sequence of seasons, and the story ends with the completion of the full annual cycle. (Read more to explore the fictional and real places in the novella.)


Let's go out now with Jerry Orbach singing "Try to Remember." This televised performance dates from 1982, twenty-two years after the The Fantasticks premiered Off-Broadway and ten years before he joined the cast of Law & Order.