A Walk to St. Paul's Chapel and to the World Trade Center

On Saturday, September 10, I walked south on Broadway from near my place in the Village all the way down to St. Paul's Chapel on Broadway at Vesey Street. The first few blocks of my walk seemed rather normal, just another Saturday in the city, but south of Canal Street, a sizable police force on the street indicated that life was far from normal. 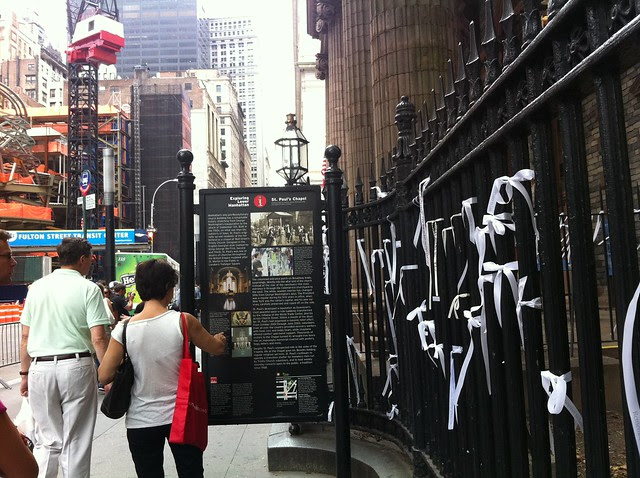 One way I felt like spending my 911 remembrance weekend was to attend the brief service the church has held every day at 12:30 pm to offer prayers for social justice and peace. In the aftermath of the attack on the World Trade Center, St. Paul's Chapel became an important makeshift emergency and community center for families and first responders. While it continues to offer religious services, the chapel also functions as a museum of sorts, with exhibits illustrating its remarkable history from colonial days to the present. But 911 is its most remembered story for those of us living, and the fact that the chapel survived at all gives the site a sense of the miraculous. But it's a down to earth sort of miracle, a testimony to how individuals in the aftermath of an unthinkable tragedy just instinctively rose up to help other people. 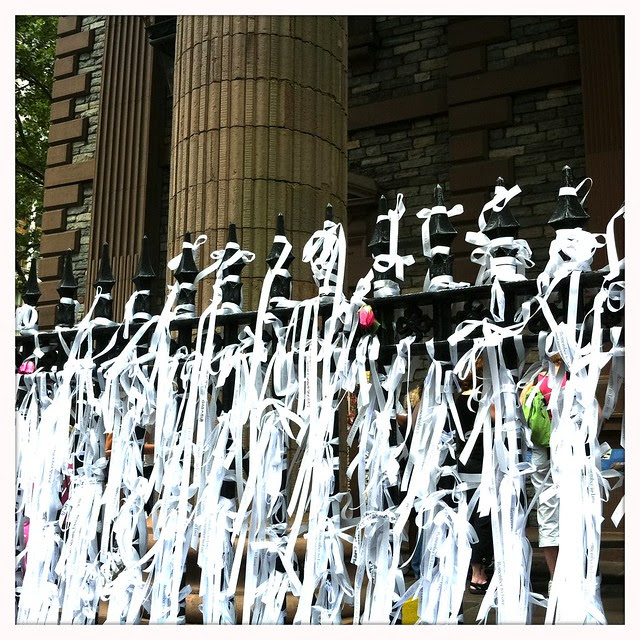 The chapel's fence is currently covered in white ribbons of remembrances. Volunteers were offering to anyone passing by to take a ribbon and write a few words of remembrance. After attending the peace service, I got my ribbon, wrote my mother's name on it, and tied it on the fence. My mother, living in Dallas, Texas on September 11, 2001, was 85 years old and in good health, but the events of that day so depressed her that she abruptly became ill and died five weeks later. I've heard anecdotal evidence that her situation was not uncommon. 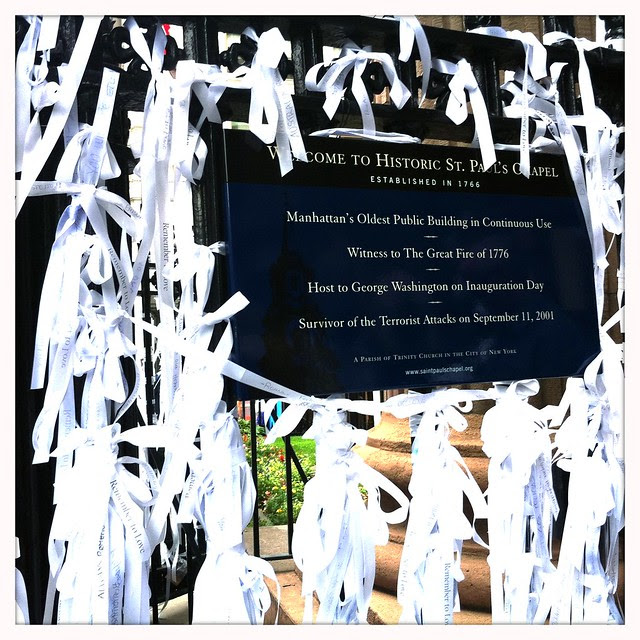 As St. Paul's churchyard is directly across the street from the World Trade Center site, I wandered over to observe the heightened security and event preparations for Sunday. A rather surreal scene presented itself, as a large outdoor screen was broadcasting a walkthrough by Mayor Bloomberg and city officials of the dedication of the National September 11 Memorial & Museum scheduled for Sunday morning. 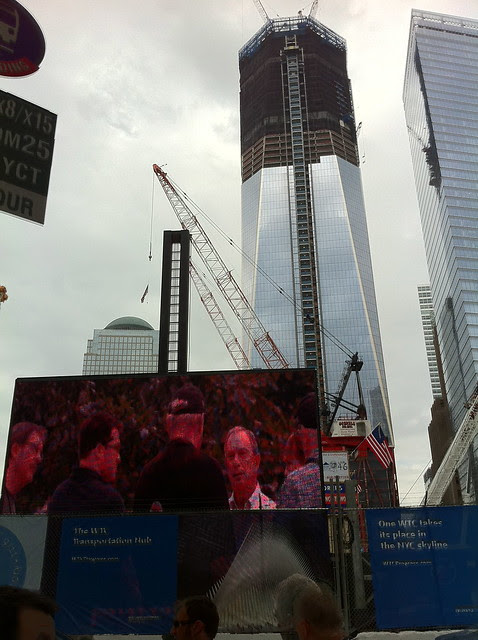 Looking at these pictures, you can't get hear the helicopters. All day and now into the night, you can hear the whirl of helicopters.

On my return walk home north along West Broadway, I stopped in Bogardus Plaza, a relatively new pedestrian plaza on Hudson Street near Reade Street in Tribeca. I stopped to sit down for a little bit, enjoying a moment of peace. A brief rain had just ended, and the view of the city north looked calm and clear. 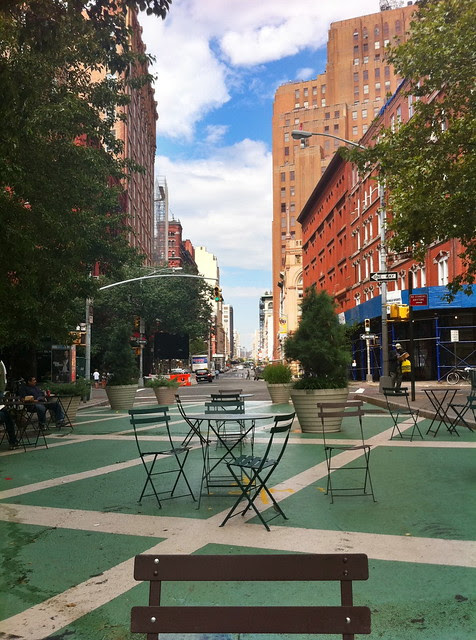 Coda: On Saturday evening, I happened to look south from my terrace and saw that the Tribute in Light was being tested. It is scheduled to be illuminated on Sunday evening beginning at dusk and then remain on until the next morning. So, I walked back into the street near Houston and Wooster to look at the twin lights in the night sky. 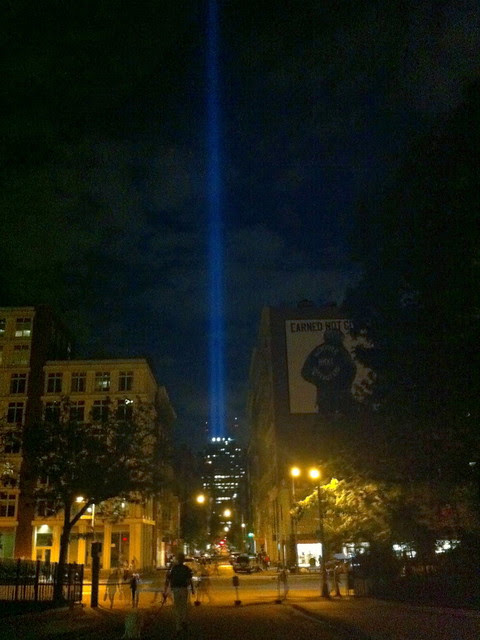 Images by Walking Off the Big Apple from September 10, 2011.