A long time ago individuals going out for a walk, especially to get fresh air and exercise, often referred to the activity as "taking a constitutional walk." The word "constitutional" refers to one's constitution or physical makeup, so a constitutional walk was considered beneficial to one's overall wellbeing. (Or, as some would prefer to call it, "wellness.") The phrase is more common in British literature than in American letters.

As early as the mid-nineteenth century, many American commentators expressed concern that their countrymen were falling into lazy and unhealthy habits. Newspaper columnists and editorial writers urged their readers to take up the practice of the "constitutional" walk.

One such essay, "Walking as an Exercise," originally printed in the Philadelphia Gazette and reprinted in New England Farmer, Volume 11, 1859, urges the people of farm areas to take up walking. City dwellers seemed to have the advantage, according to the writer, especially "the city dames."

"Ladies in the country hesitate about venturing abroad on foot; and they remain within doors, or in quiet inaction, while the city dames, who are presumed to be "delicate," and unable to endure fatigue, walk miles over the pavements, without thinking of the exertion."

Walking is better than the gym

"We have no objection to dumb bells, and other paraphernalia of the gymnasium. But none of these contrivances are half so beneficial as the use of our natural means of locomotion." 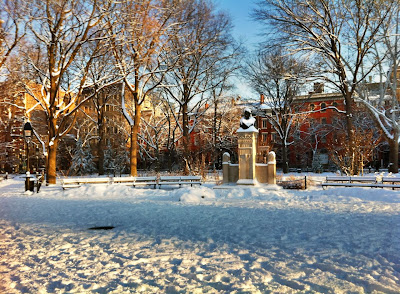 Americans need to be more English

"The people of this republic have the largest continent in the world to travel over, and are, as a nation, the greatest travellers. But while the rail, the river and the horse carriage are all used to the utmost, we walk less than any civilized people under the sun…But if Americans would prescribe to themselves what John Bull calls his 'constitutional walk,' we should gain in strength of muscle, and banish or diminish the common complaint, dyspepsia." (Dyspepsia, or upset stomach, can sometimes be relieved through moderate exercise.) 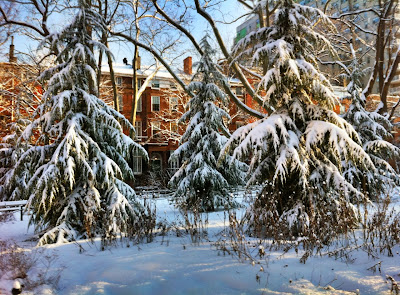 By the early twentieth century, city dwellers were increasingly using mass transportation and less inclined to take a healthy walk. Author Claude Powell Fordyce in his Touring afoot (Outing publishing company, 1916) advocates walking as a way to overcome what he considers the "unnatural and perplexing conditions' of the urban environment. 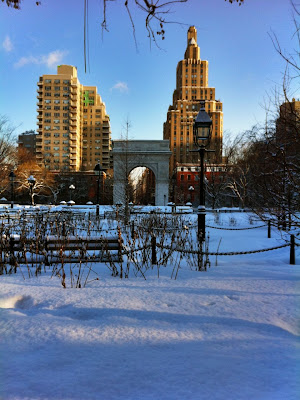 "Should pedestrianism become universal the present generation would be far healthier and happier and their children would be sturdier and more beautiful. The old English habit of taking a constitutional walk every day speaks in no small measure for much of the strength and stability of the British character."


"If persisted in a remarkable change will result – a notable clearness of mental power, keenness of appetite and a zest for life's work."